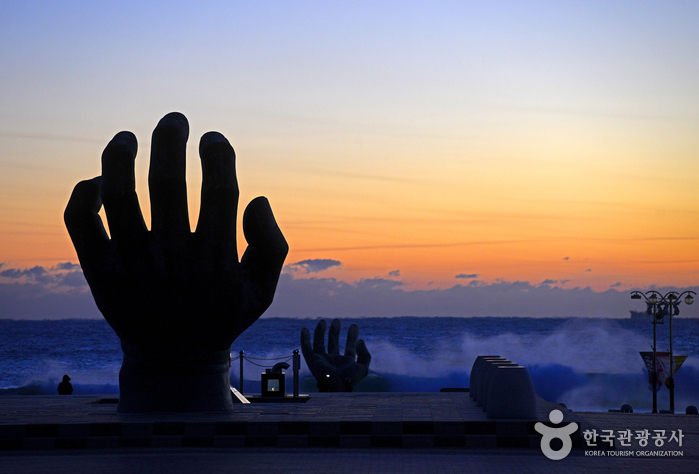 Details
Homigot is located at the easternmost end of the Korean peninsula, in what would be considered to be the tail, if thinking of the Korean peninsula as a tiger. When Kim Jeongho made the Daedongyeojido Map, he visited this place seven times to confirm this area is in fact the easternmost part of Korea. Following the resources of Korea Astronomy and Space Science Institute, the sunrise time of Homigot on January 1 is at 7:32 am, making it the earliest first sunrise of each year in Korea. The plaza was built to commemorate these research findings with the national Sunrise Festival. Nearby attractions include Korea's largest lighthouse, Homigot Lighthouse, established in 1908; Lighthouse Museum; Monument to Commemorate Lee Yuk-sa’s Patriotism; and Daebo Seawater Bath, using pure seawater of the East Sea.

When completed, Homigot Tourism Complex and Homigot Specialized Ocean Leisure Complex will be the largest tourism complex in the eastern coast district. It will include an ocean aquarium, Ocean Ecological Park, Youth Training facilities, beach dome, accommodation facilities, and other various stores as well.

Sangsaeng’s Hand, a two-part bronze sculpture shaped like a pair of hands, was constructed in December 1999. It is a signature symbol of the sunrise festival. The left hand is on the land and the right hand is in the ocean. It was built to give the message that all people are living together by helping one another like Sangsaeng, meaning coexistence in Korean. The base of the platform is an image of the sun and its two round rings refer to harmony. These two hands have memorial sprits of reconciliation and coexistence for celebrating a new millennium.
Use information
Photos 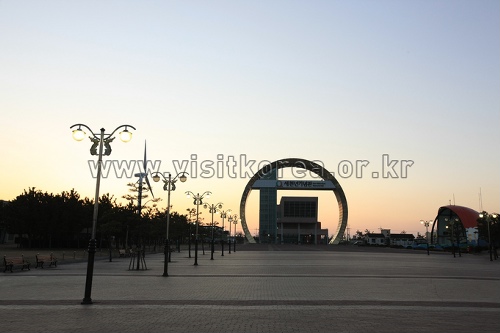 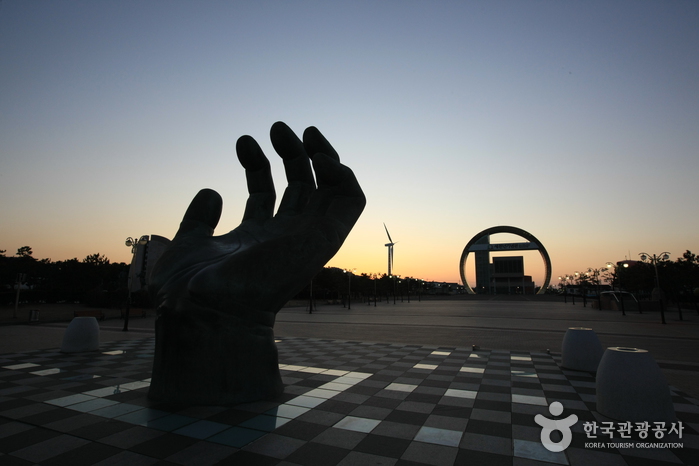 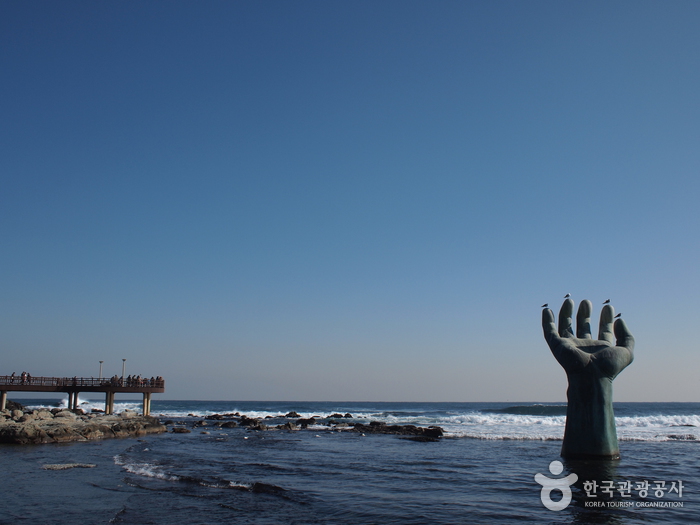 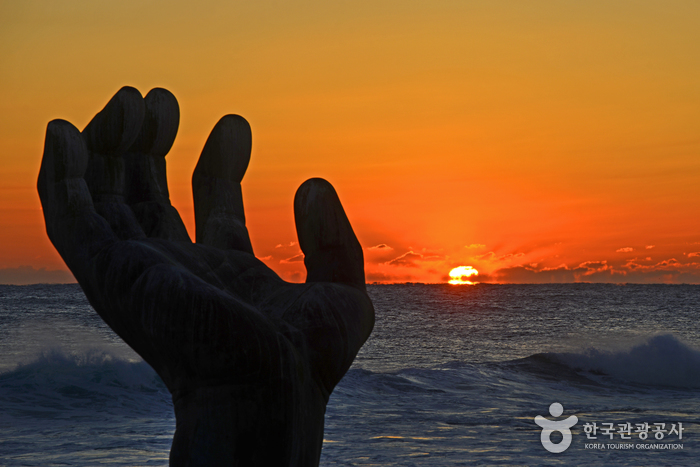 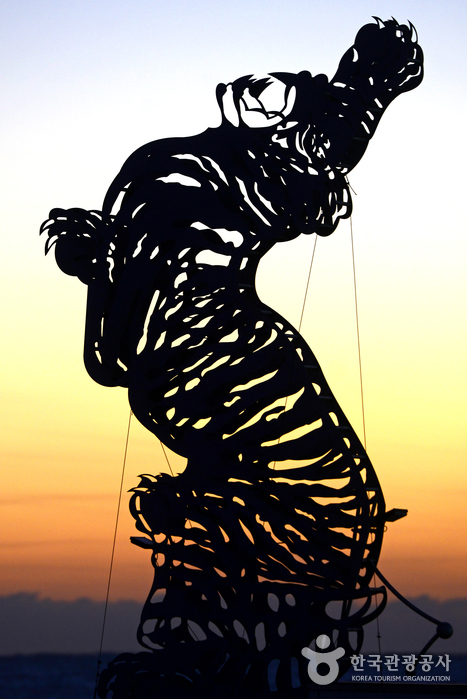 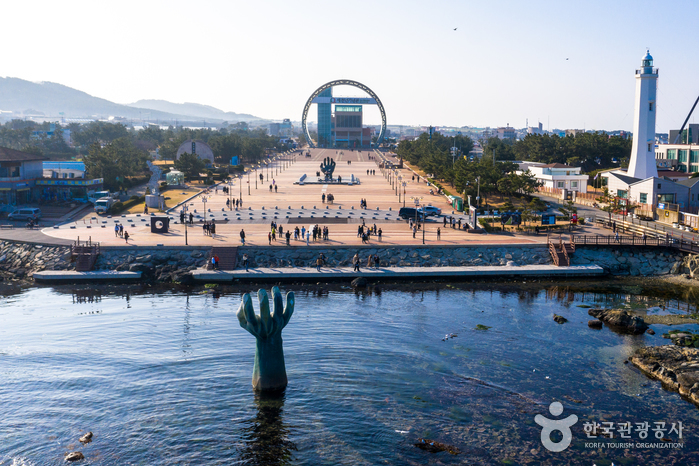 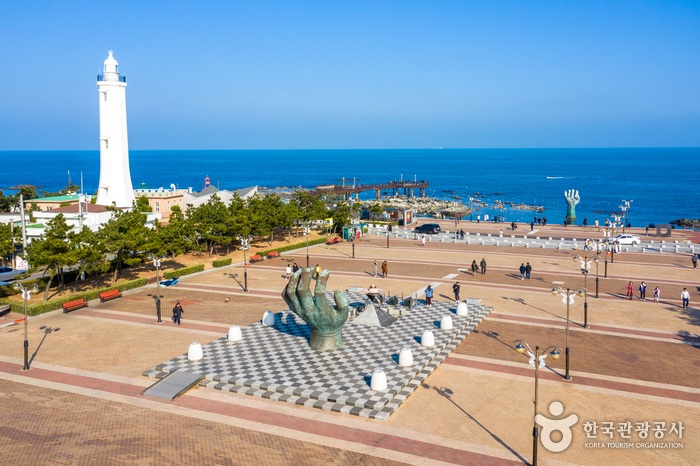 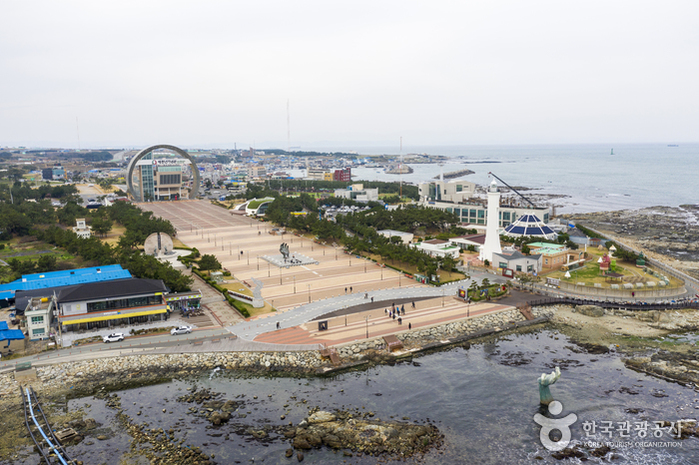 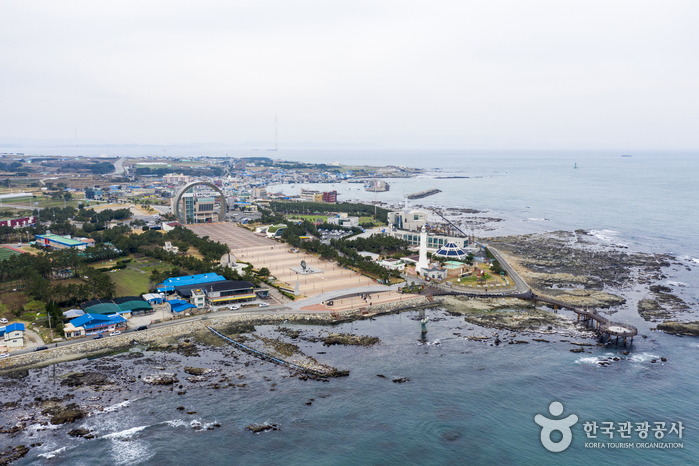 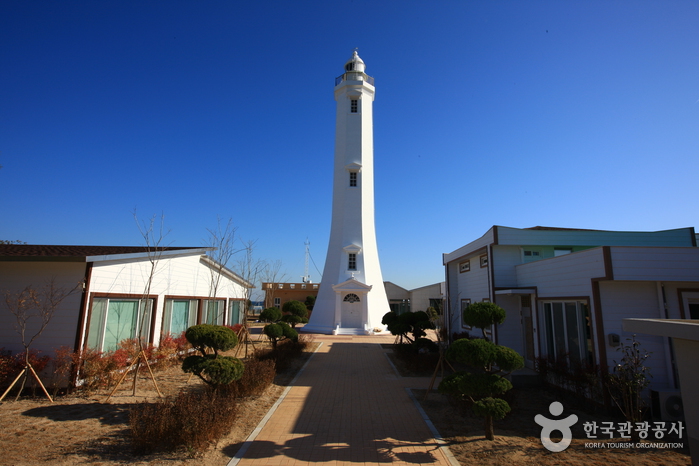 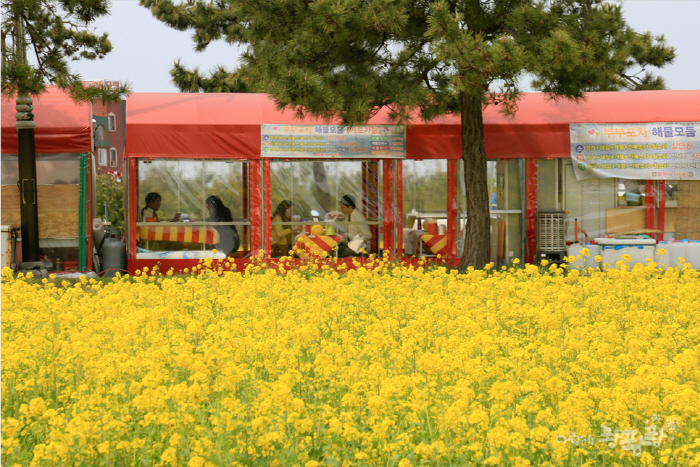 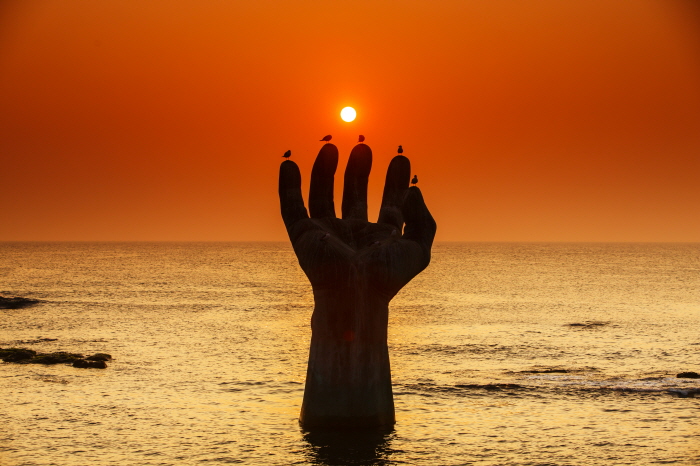